Getting the most out of warehouse labor

While the issue is not a new one, it is growing. The U.S. Bureau of Labor Statistics reports turnover in warehousing has grown from 40% to nearly 60% over a five-year period. These difficulties are not showing signs of abating in the near future, either. Due to broad demographic shifts, the U.S. workforce is actually shrinking. The civilian labor force participation rate, a measure of the workforce, has been sliding downwards for the last 20 years, according to the BLS, due in part to lower participation for workers in their prime years, between the ages of 25 and 54. Add to that the fact that baby boomers, the second largest age group, are reaching retirement age at a rate of about 10,000 per day and that by 2030, all will be at least age 65. At the same time, Americans are having fewer children, with the birth rate hitting its lowest level in 35 years.

This white paper discusses the steps that warehouses can take to help reduce labor dependency and improve labor utilization, productivity and retention. 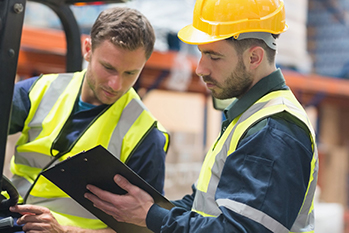 Download the preview
Industry Solutions Product Selector Where to Buy